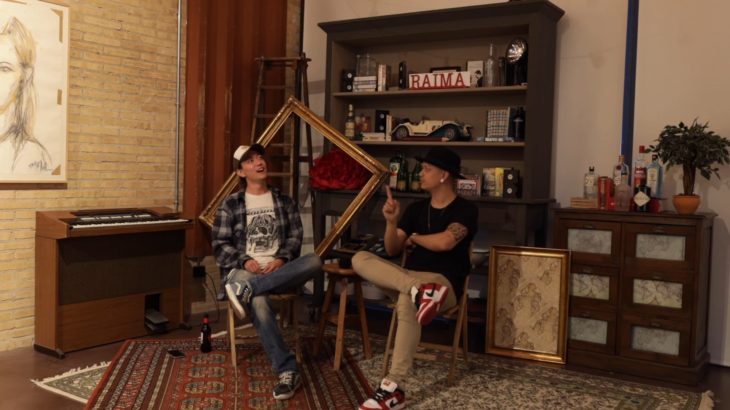 This video is about Liam Cloud. This is the second of a Video Podcast Series, featuring Liam Cloud and interviewed by s brother Dylan Cloud @RAIMA

Liam is co-Founder of Front Page News and recently announced as the guitarist of RUTH LORENZO, a much beloved Spanish singer-composer.
Apart from an upcoming series of shows with Ruth and on his own in USA, he is co-producing Front Page News Barcelona Concerts – A grassroots project based in Barcelona Spain featuring local artists www.frontpagenewsbcn.com/shows

Nothing breeds intensely personal songs more than change. Growing up, he moved through 3 continents in under 2 decades and is part-Filipino, part-Kiwi, and part-Spanish. Liam is anything but alien to change and nostalgia. Many say he has that soulful James Blunt, Ed Sheeran pensive music style…but his actual influences for that storytelling type of songwriting include John Mayer, Bruno Mars, Twenty One Pilots; even legends from eras past: Bob Dylan & Neil Young.

In the videos you will see Liam with his band: Bryan Curtis (Drums) Kaku (Keyboard) & Joseph Harris (Bass), he is known for his wide and powerful vocal range, from a sort of soft-spoken verse and smooth falsetto…then switching effortlessly to dramatic highs. His live energy with a band is quite remarkable. There is something to be said about artists in a state of mutual admiration; That energy is great to watch. But these guys, they also like each other as people– and that synchronicity is palpable.This band is TIGHT. Stay tuned for the Album Release Date.